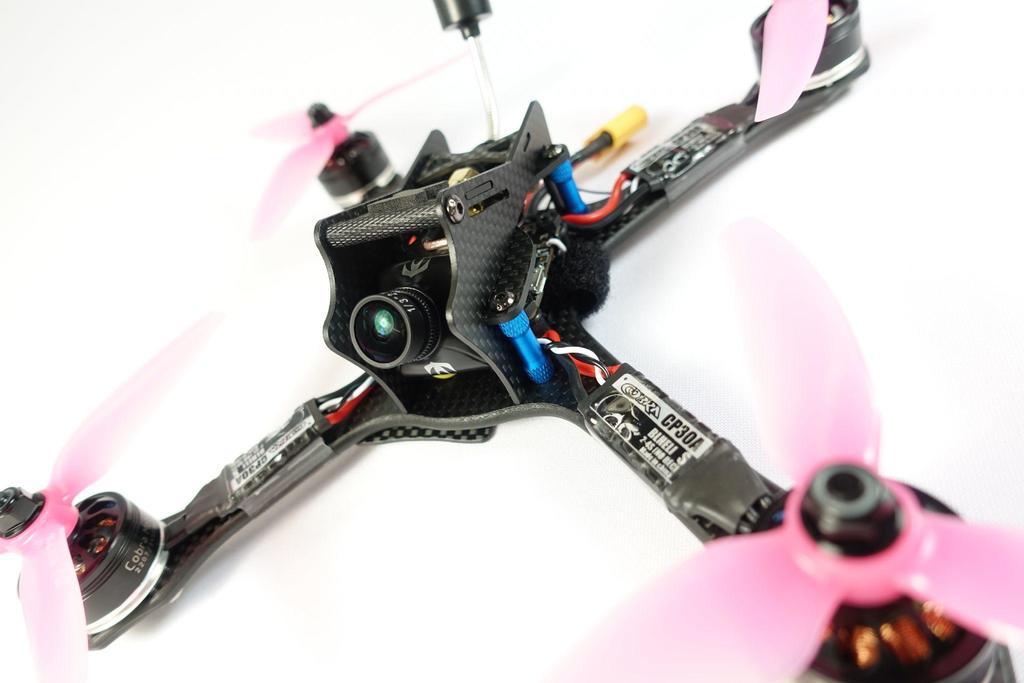 Ready to fly racing drones are the fastest way to get you in the air. With a range of almost-ready-to-fly (ARTF) Drones on our website we are able to supply the fastest drones to our fastest pilots. Built and test flown on site by well known pilots of the racing community - Tom Smith FPV and HPIGuy.

These racing drones require a radio transmitter and a video receiving monitor of sorts (We recommend goggles).

The frames and electronics used are based on the setups of that of Tom Smith FPV and Adam FPV Kid.

We began building these ARTF drones as we see a bigger move in the drone racing industry. We noticed a lot of people curious of the frames and parts which Tom and Adam use in their builds and decided to recreate these infamous machines.

Built by Tom Smith FPV  himself - the Armattan Chameleon has proven to be the most popular freestyle frame since the QAV series. Tom wanted to build this ultimate quad using the best parts available to him. Being built by himself, various tricks and little details have been changed to suit a better experience. Such as the power lead being at the front of the machine, away from the spinning propellors and the use of anti-vibration standoff mounts to give the best performing flight controller inputs. Being a Cobra sponsored pilot, Tom naturally went for this choice in ESC and motor combination. In fact, these motors are so powerful he won't use anything else. Featuring his signature gold Cobra motors powered by the Cobra CP-30A ESC's (Tom himself hasn't managed to set on fire!) and maintained by the Matek F450-OSD F4 coupled with the Matek FCHUB-6S OSD 184amp PDB, this machine is truly a mythical creature. The Tom Smith FPV Edition can be purchased here. 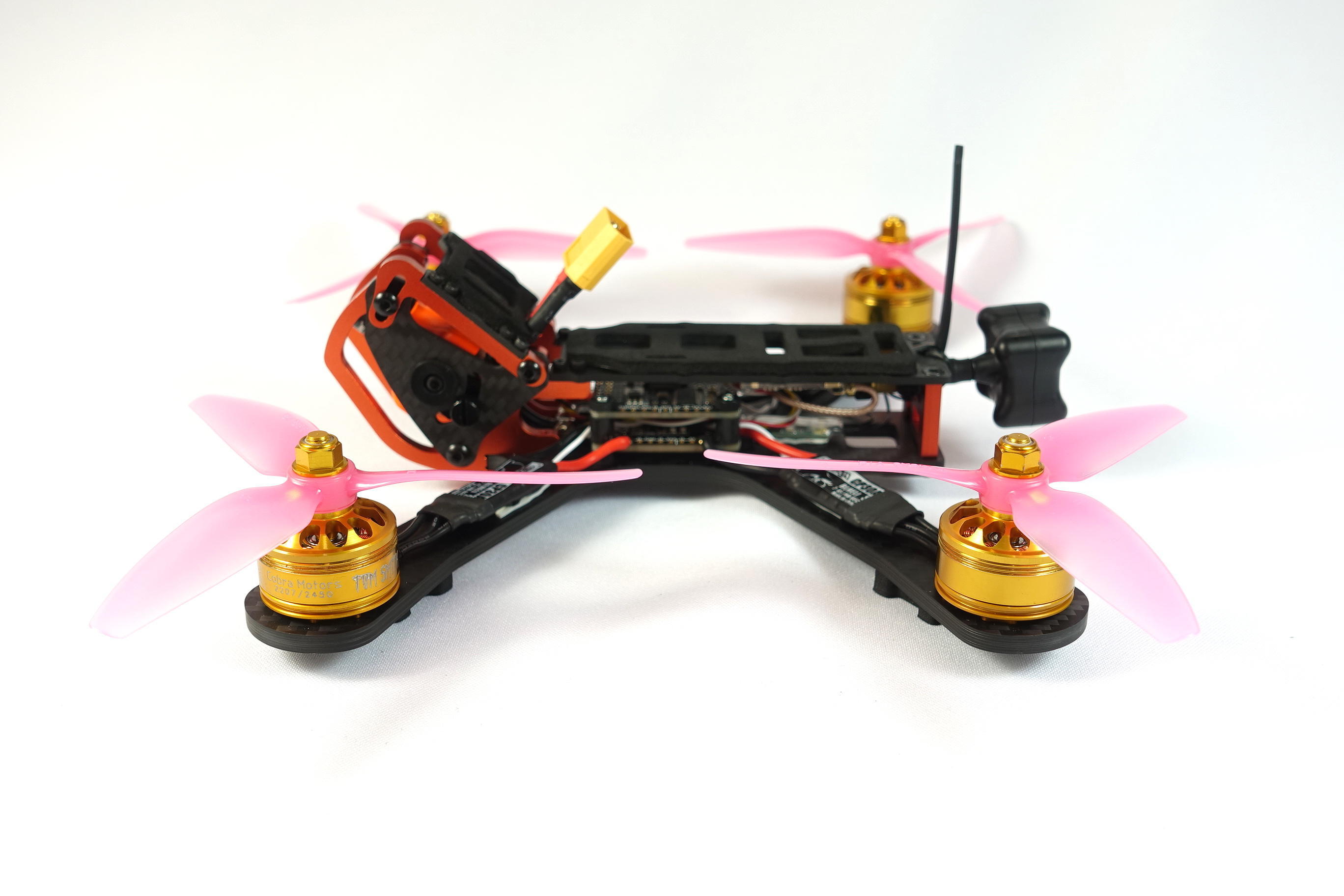 Another build we feature - the AstroX true X, 5 inch, has proven to be the most popular racing frame used by Adam FPV kid. Although lightweight at 85grams this frame can take a beating. Set up for UK class racing - means that this machine is permitted to be raced in all UK  events. This means that no more than 25Mw can be used and no bigger than  5 inch plastic props. So we have fitted the TBS Unify Pro digital VTX  that cover all bands and channels including the now racing standard "RaceBand" channels. We have matched the HQ props to our T-motor F40 2400KV motors to give you incredible low down torque and at the same time; fast forward flight. The choice is yours, RTF comes with a FrSKY Taranis Plus that is fully  set up. A BNF comes with a FrSKY XM+ receiver installed (under the FC). We like to use the XM+ due to its lightweight and size and also because it uses the SBUS protocol to reduce lag between the TX/RX. 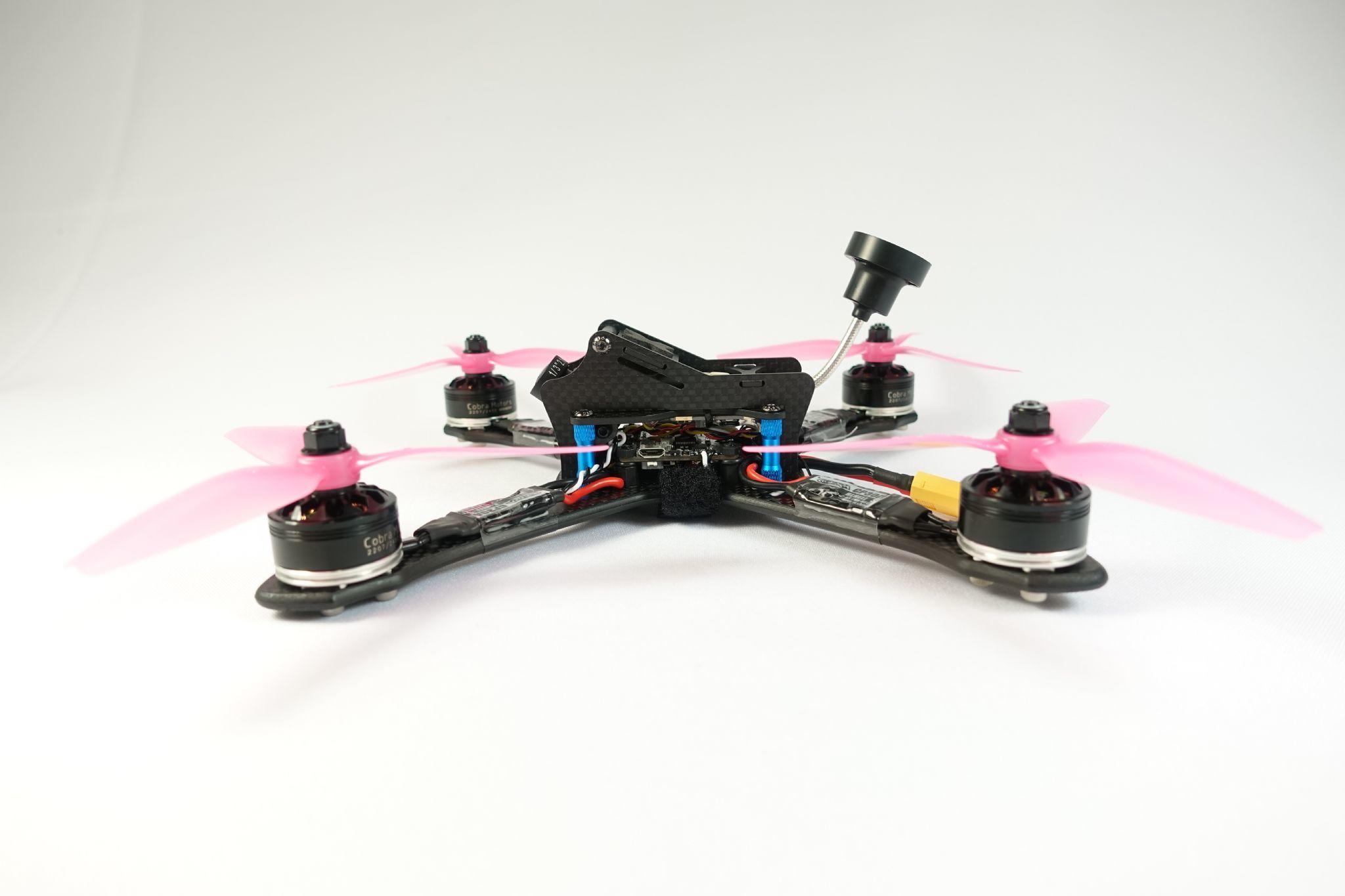 Keeping in touch with the community has given us the ability to learn the trends and "hype" in drone racing. Thus we are able to put together the best performing machines that we can physically build to this date. Keeping up to date is a priority of ours due to the fast paced progression of the drone racing hobby. It is important to stay in the game with the best parts available to ensure your racing potential isn't constraint by your gear.