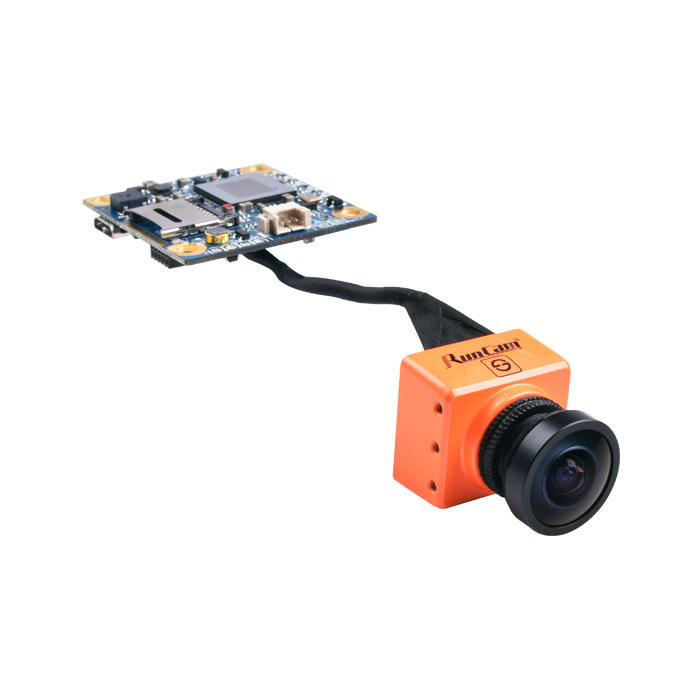 Weighing in at 23.5g, the Runcam Split is the new alternative to having that chunky, heavy and debilitating GoPro strapped to your miniquad. The Runcam Split is an FPV camera and HD recording device with the 38x36mm (30.5mm Mounting) HD processing board "Split" from the camera, allowing the board to be easily stacked on top of your flight controller. The Split is a very easy setup to undertake, simply input 5V from your PDB or VTX. A ribon cable is supplied which connects directly to the camera. It requires a Micro SD card to record to and a wifi module is also optional to transfer data from the Runcam Split to your mobile device via the Runcam application.
Extremely Light Weight, Low Latency, Real-time audio output and File Protection feature. The Split can save the recorded file if the camera loses power.

Our team member and fellow pilot, Richard, or HPIGUY has been lucky enough to get his hands on the Runcam Split before the masses. He has installed the tiny HD device into his newest XHover build. 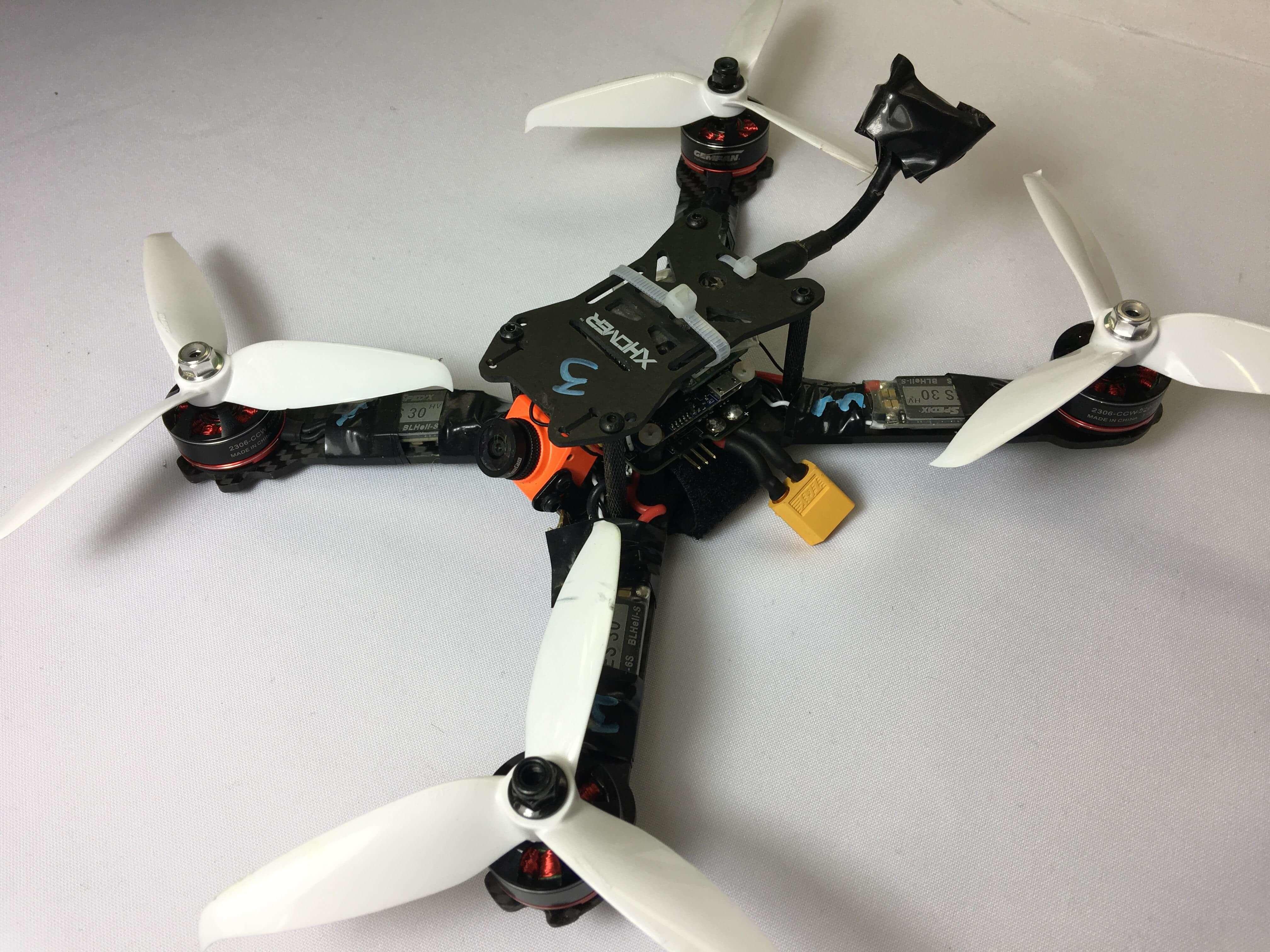 Unable to tell the difference: The Runcam Split appears to look like a regular FPV Camera. 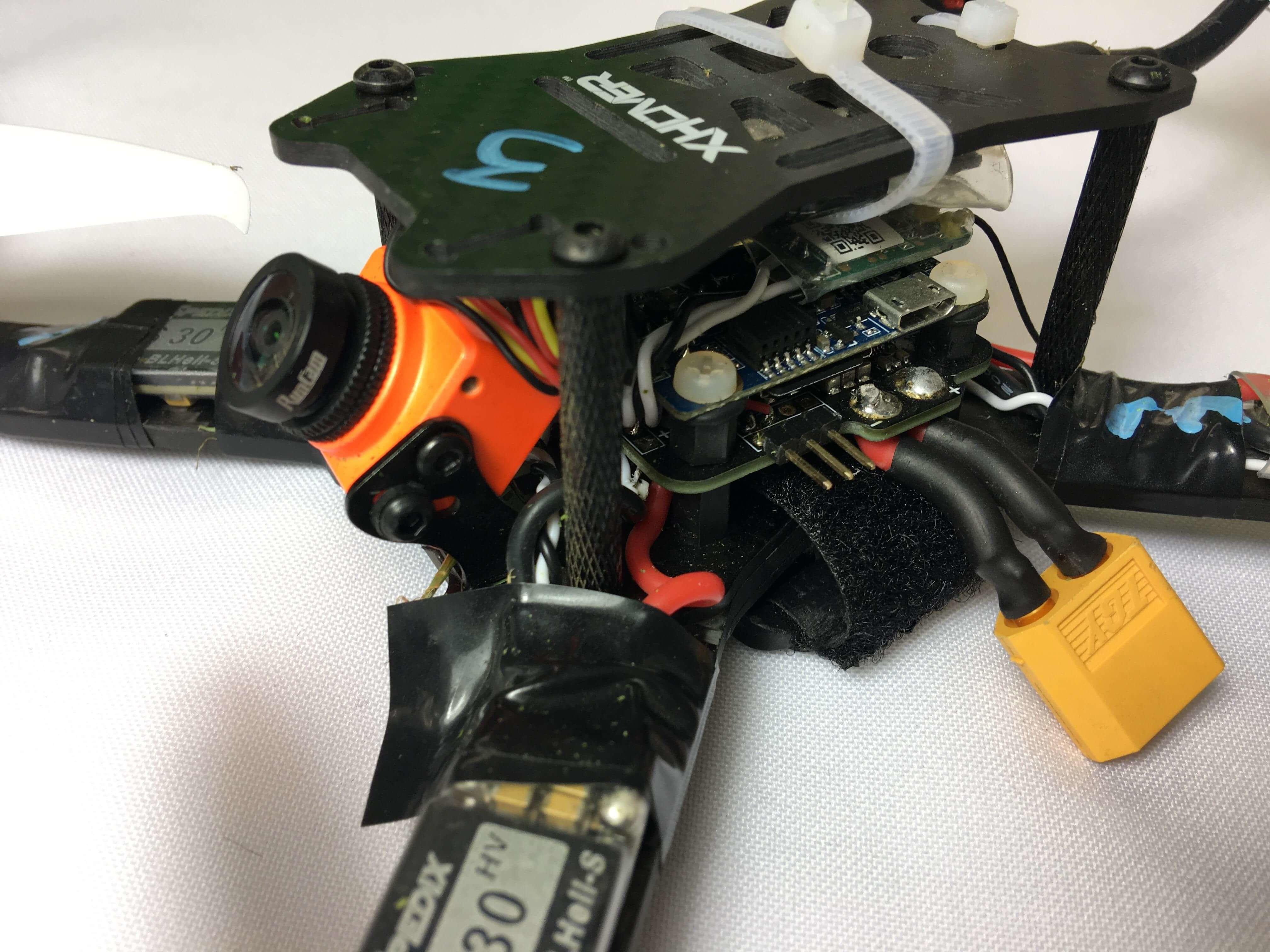 Diving deeper: the Runcam Split is potentially the GoPro killer! 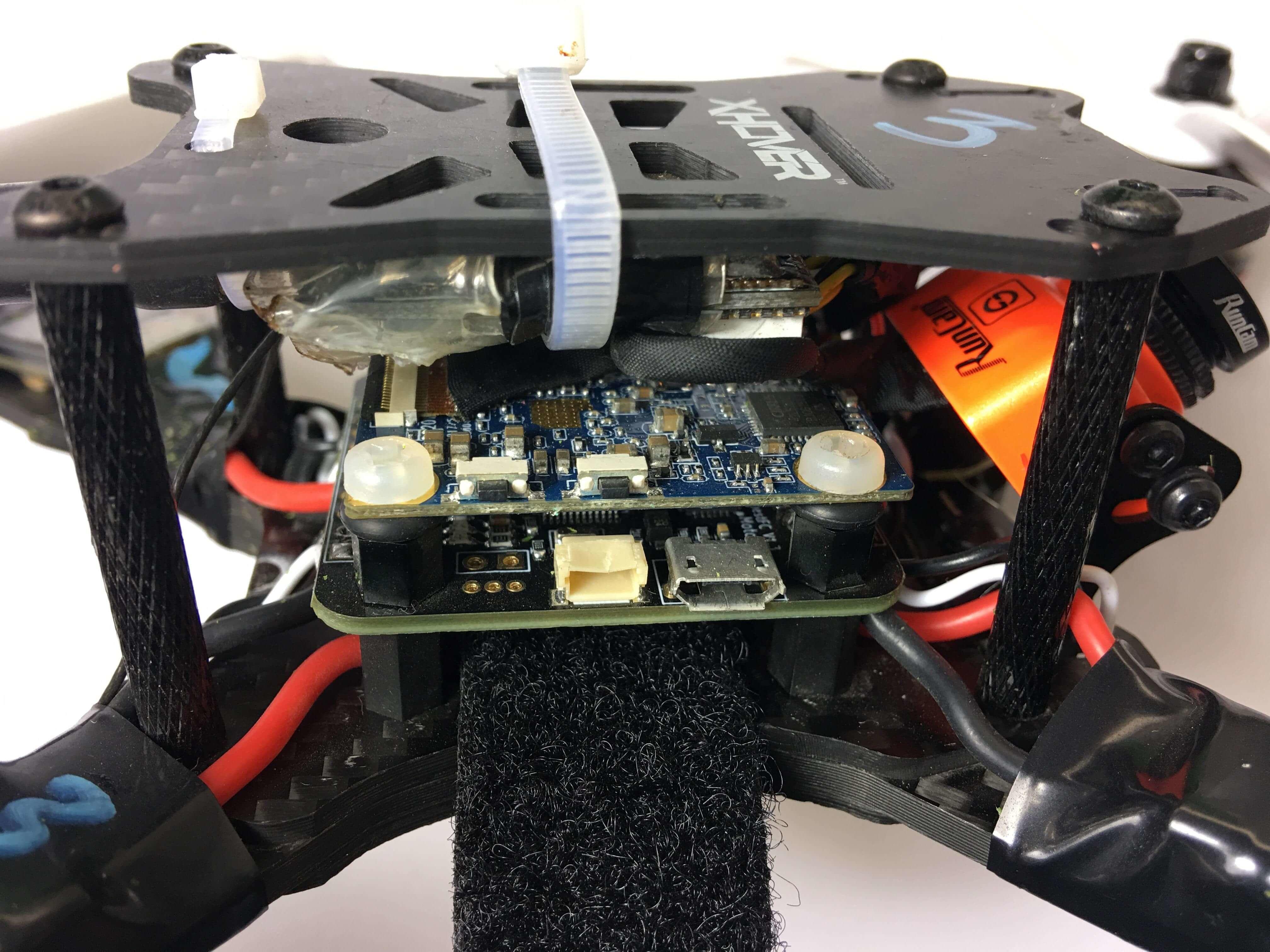 The 36x38mm board fits perfectly into the frame and harbours the same mounting dimensions as full size flight controllers and PDB's (30.5mmx30.5mm). In this image, we can see the two buttons which the Runcam Split has that control recording and wifi/mode. 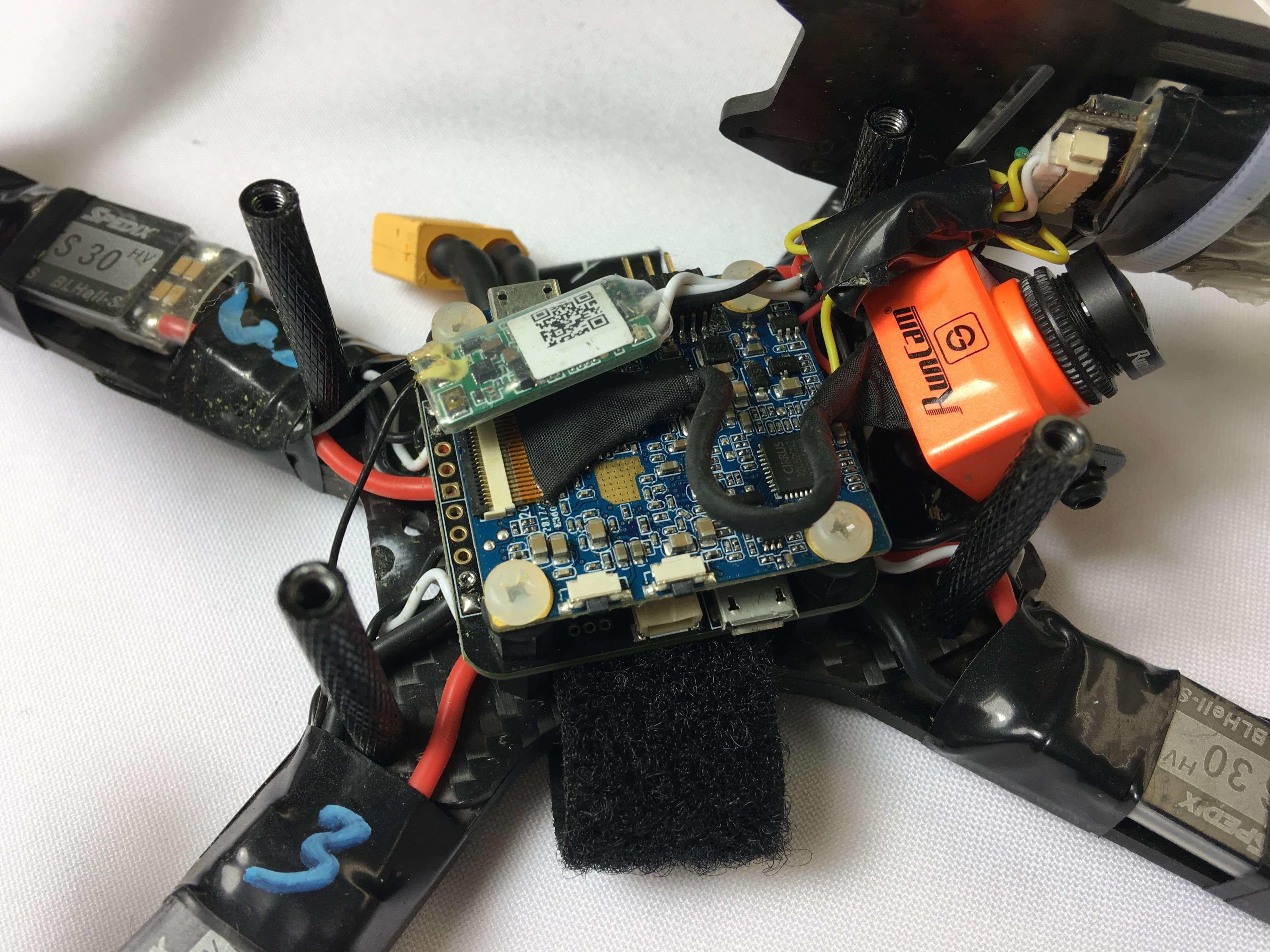 Beneath the board hides the Micro SD card.