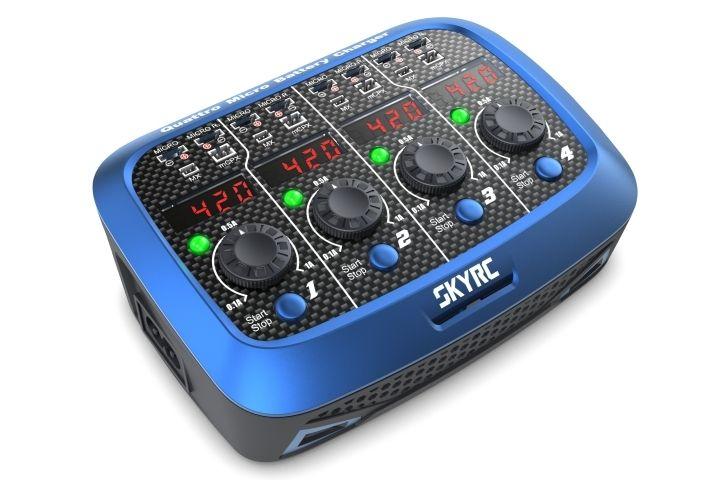 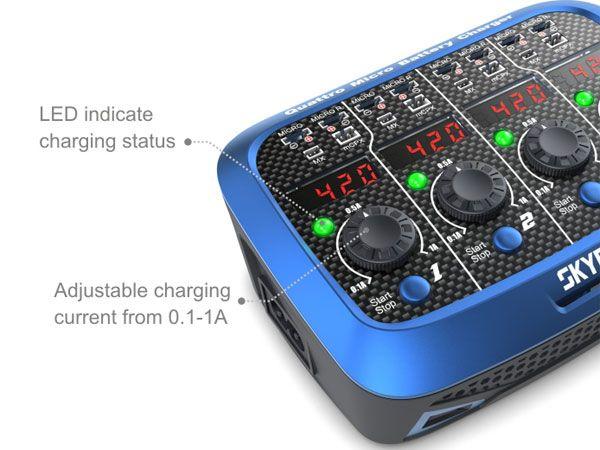 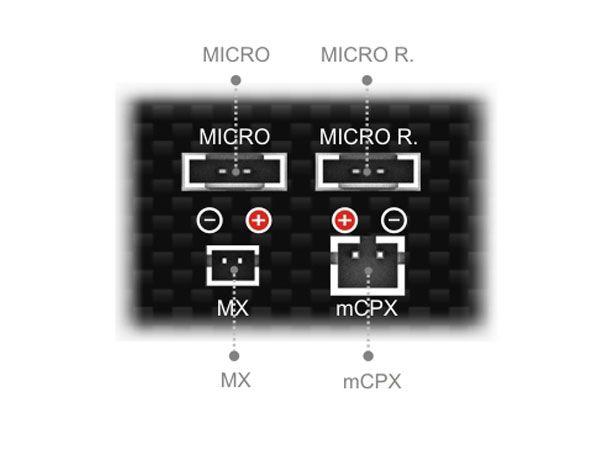 This dual powered AC/DC battery charger has been designed specifically for all micro model enthusiasts wanting to charge up to four single-cell (3.7V) LiPo batteries at the same time.

It has four independent 4W charge ports, each with the four most common battery connectors to cover all your needs. Each charge port has an adjustable charge current from 100mA to 1A. The individual LED displays show current, capacity and charge status.

Each charge socket is independently controlled so you can remove and replace batteries in the charger without affecting the charge of the others to keep flying time to a maximum.

Input power can be provided by either mains AC (100-240V) using the provided lead, or a wide range of DC power sources. Any conventional DC power source or battery within the 11V to 15V range may be used to power the charger.

The charge ports are able to accept the following batteries: