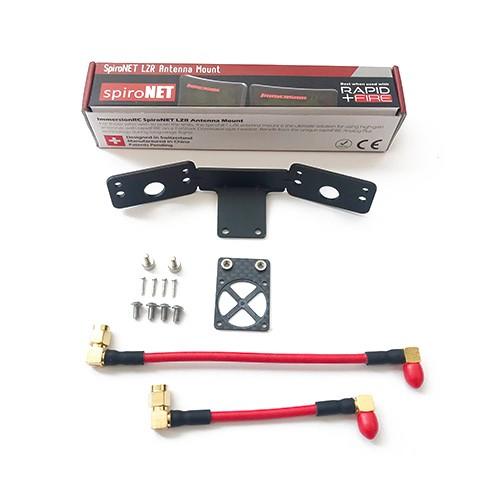 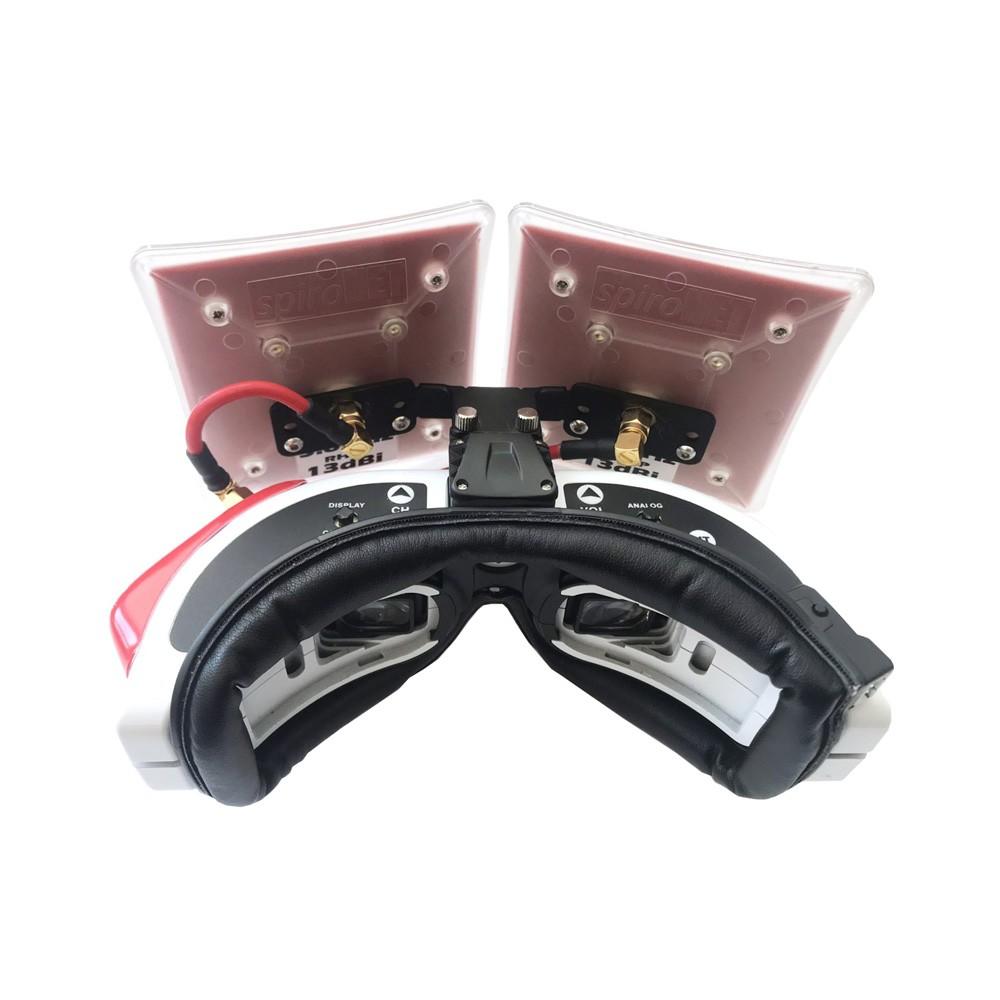 The twin-antenna array, when coupled with a rapidFIRE receiver, provides all of the rapidFIRE multi-pathing elimination benefits at extreme range.

Does NOT includes LZR Antennas or goggles shown in some pictures. Patch Antennas and FPV Goggles sold separate.

When using the array with two LZR antennas

No ghosts to catch here, overlapping beams ensure that a quad at long range is easy to track, without a complex antenna tracker. rapidFIRE’s twin RSSI display makes it trivial to locate a distant quad/plane. When the RSSI bars are equal, the antenna array is aligned exactly with the model. Much easier than trying to peak the RSSI measurement with a single antenna solution. The wide 70 degree horizontal beam-width ensures that even when the array is not perfectly aligned with the model, reception is guaranteed.

The twin RSSI bars (especially the full-width version) may be used to aim the antenna.
An upcoming firmware update (v1.3.0) will augment this with unique audible feedback, allowing a long-range pilot to keep eyes on the target, and not the OSD.

Compatible with all 13dBi SpiroNETs

Back in 2013 when we released the first version of the 13dBi SpiroNET Patch antennas, we included mounting points for future bracket designs. These are the same on the latest version of the patch. If you own these older versions of the patch (LHCP, or RHCP versions), they are completely compatible with the new mounting brackets. 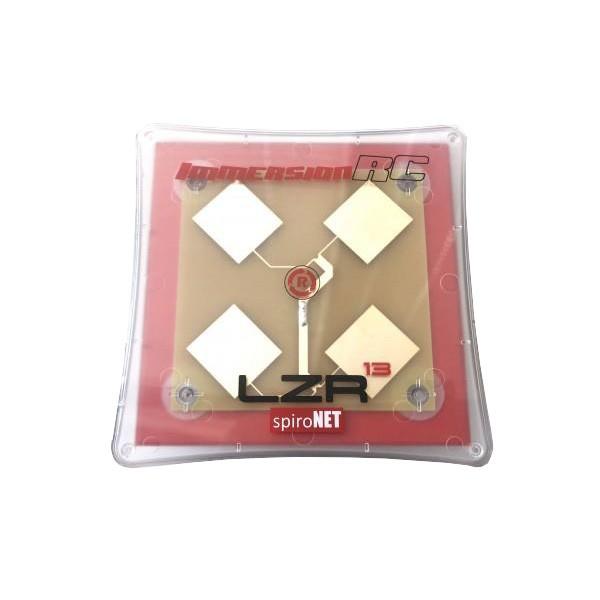